Today, I want to share something really awesome that the American Express platinum card can do. If you guys read my blog from a few days ago, you saw that there’s an Amex concierge for platinum card holders, which will make dinner reservations for you, buy and deliver flowers to your beloved, or even snag you theatre tickets for hard-to-get plays.

Well, I’m here to officially say that, thanks to American Express, we got tickets to Hamilton! As in, tickets at full face value, not price gouged to 8x the cost. 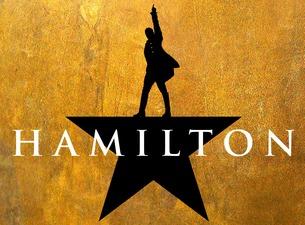 How, you ask? Well, I had heard of American Express selling tickets at face value before, so I signed up for all the different newsletters that announce it. As soon as it popped up, with availability on 5 separate dates, I called up the concierge and had her reserve me some tickets. Since the maximum number of tickets any one person (or account) can buy is 4 (to prevent reselling, I guess), I then asked my stepmom to call her concierge and buy the final ticket. It worked like a charm!

The show is February 7th, and 5 of us are heading over to Chicago to see it. The tickets were only $120 each, rather than ~$700, which makes flying all the way to Chicago worth it.

Since I’m in California right now, David is flying separately to meet me out there, and then we’re using our Southwest Companion Pass to fly back together for half the cost. Cool, right?

See ya guys in Chicago!