The day after returning from my trip through Palestine, Harrison and I made our way down to Ein Gedi, a really cool nature preserve on the Dead Sea.

I’m going to tell you all, it’s super surreal being on the other side. Like, looking over and seeing Jordan so close…but as Harrison succinctly put it, “it’s a world away.” And that’s true, getting across is both time-consuming and expensive. It’s almost as if they don’t want to encourage border crossings.

Anyway, I enjoyed pointing out my hotel from the Dead Sea across the border (Hello Hilton!), and getting to see what life is like on the other side.

The Ein Gedi nature preserve is a unique place. It’s essentially a large park in the middle of the desert, where natural springs create a lush environment of greenery in an otherwise stark landscape. Ibex, Iroc, and other animals roam freely, unafraid of all the people wandering through.

Waterfalls make large pools that you can both swim in and drink from, though hopefully not at the same time. 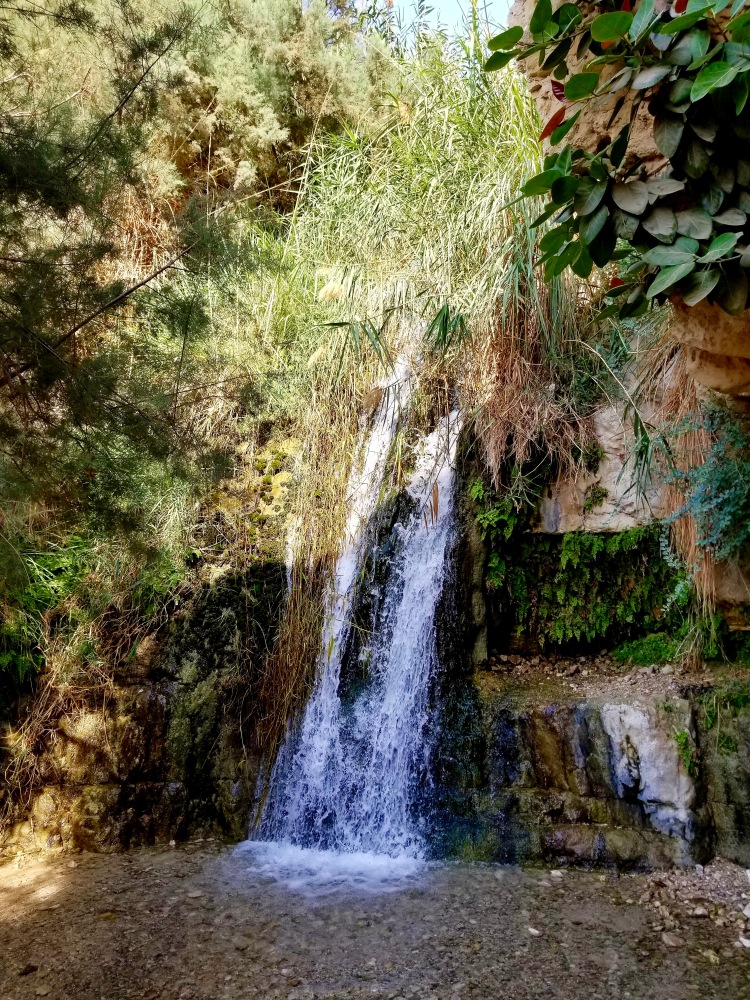 We stayed at the Ein Gedi hotel, a lovely little place run by a Kibbutz. Do you know what a Kibbutz is? It’s essentially a communal living environment for Jewish groups, who all live and work together for the common good. Originally agricultural, Kibbutz’s have now expanded their reach to include things like light manufacturing and hospitality. So it was that we ended up staying here, right on the edge of the nature preserve.

One of the first things we did (and what we did most) was head out to the massive pool area, where everyone naturally congregates and whose size I cannot convey to you accurately. The pool was really big, all right?

There was a spa too, with free Turkish baths and even a pool filled with Dead Sea water, which I didn’t realize until I got in and nearly flipped upside down due to the buoyancy. Oops. Good thing I hadn’t shaved! (The water will BURN if you’ve shaved within the last 24 hours)

Our second day there, we went on a guided hike through the nature preserve, which I will summarily describe as “hellishly hot.”

Did I mention it was the Middle East in the summer? It was so hot that as soon as we reached the first spring, Harrison ducked right in despite being fully dressed. I happened to be wearing a white shirt, and wasn’t up for a wet t-shirt contest, so I made do with merely sticking my feet in.

We hiked all the way to David’s Spring, which is also apparently holy, and took a bunch of pictures before heading back down the mountain.

After that there was nothing left to do except go back to the pool, obviously. We were so overheated that other movement was not an option. 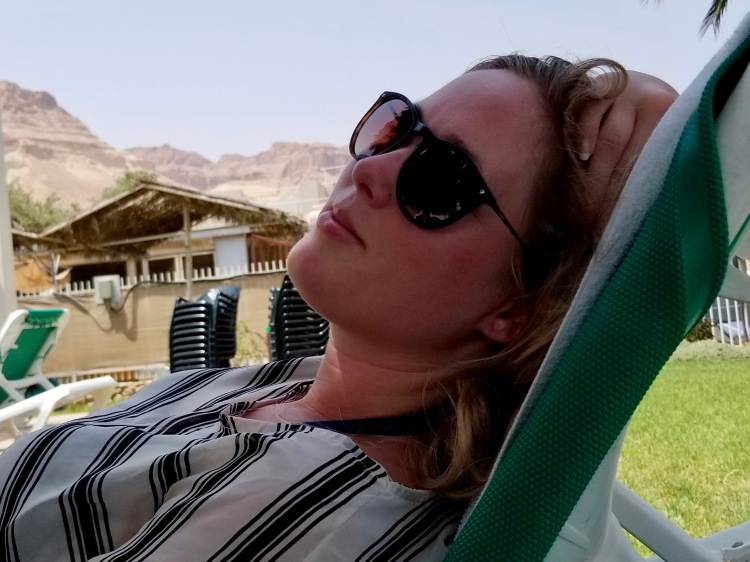 One thought on “Israel? Ein Gedi”