I think out of all the thing I did during my trip to Australia, the two days I spent in the Whitsundays were my favorite. Not only did I have an awesome group of people to hang out with (hi guys!) The Whitsundays are home to some of the coolest things I’ve ever seen. 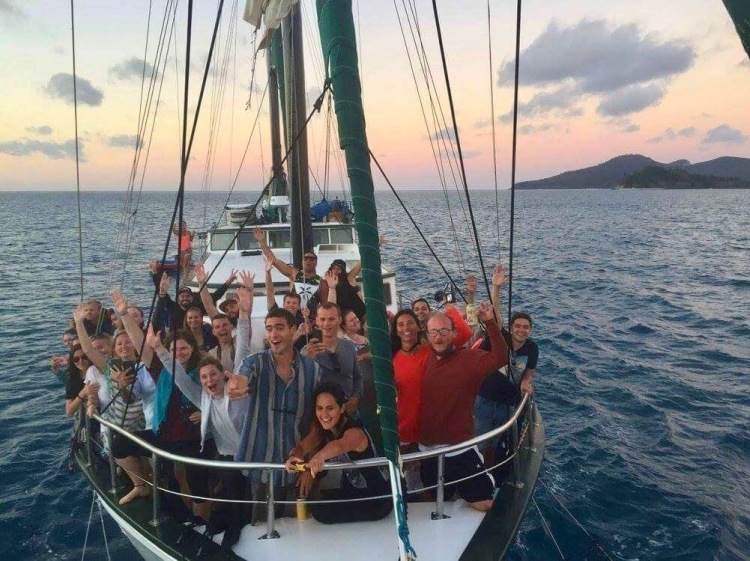 Like Whitehaven Beach, whose sand NASA uses in order to clean its lenses. 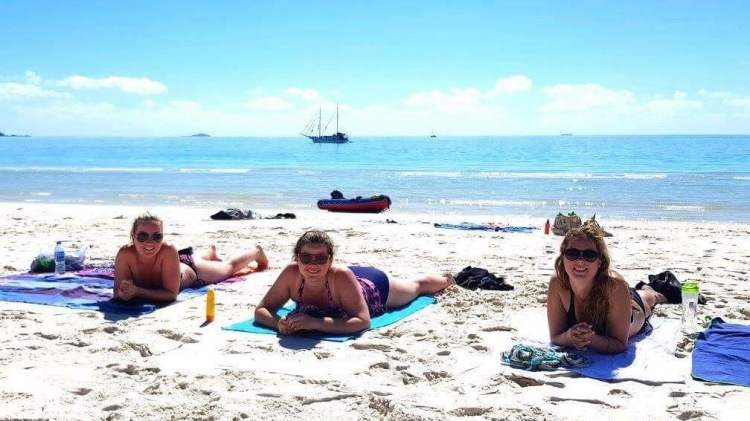 It was off the coast of Whitehaven Beach that I attempted to do my basic skills for SCUBA diving again, barely succeeding before failing miserably in the actual attempt.

Fortunately for me, the hot guy who worked on the boat picked me up, assuring me that I was gorgeous despite my utter failure.

This is foreshadowing to the fact that he later tried to pick me up with the same term, at which point I asked him if he knew my name.

It’s ok though, because then I found out that our crew had earned its own special name- the fivesome. Cliques for life, you guys.

We also woke up disgustingly early in order to climb to the top of Whitehaven Beach to watch the sunrise. It was exactly as spectacular as you’d imagine. 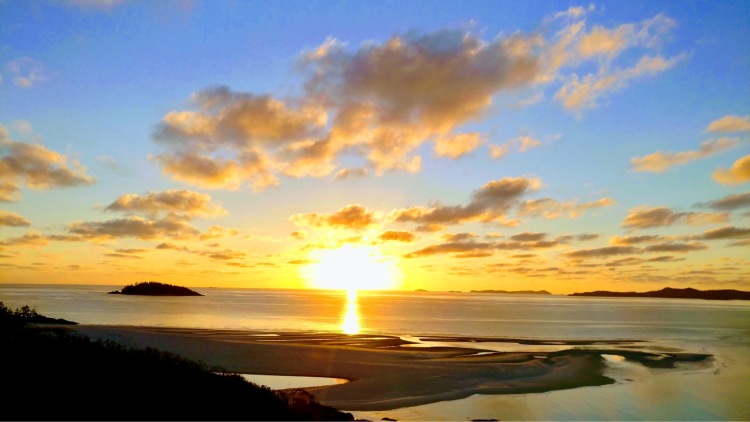 Perhaps my favorite part was when they unveiled the two story inflatable slide, which we took turns sliding down straight into the ocean.

That, and our many, many, disastrous attempts to take a good photo of the five of us on a stand-up paddle board.

Anyways, it was an awesome two days, made all the better because I found friends (real friends!) to spend it with. 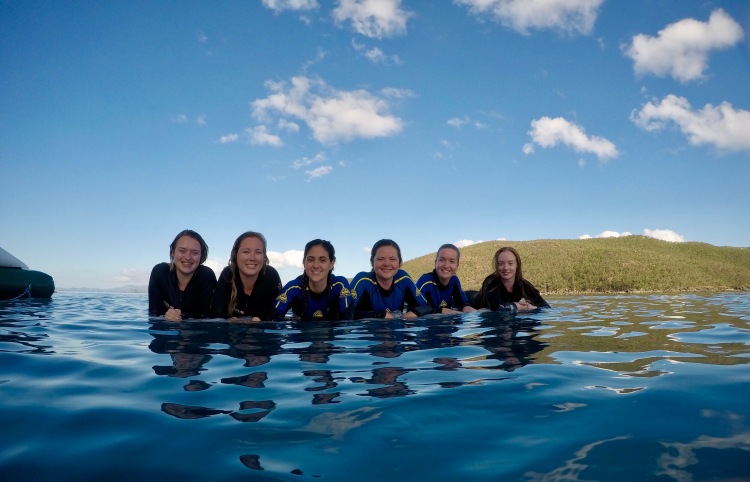