So we’ve just left off with Cairns and one of the highlights of my trip- where I successfully managed to SCUBA dive not once, but twice. Unfortunately, this also happened to be the part of the trip where Katie, Shuaib, and I had to split up. They were staying on longer in Cairns, while I was due to head to Alice Springs and the Outback for a chance to visit Uluru.

Does anyone remember when I talked about my trip to Naples, where I found out after arriving that Naples was generally considered to be an unsavory and unsafe place to be? And how maybe a little bit of Googling could have saved me from that realization?

My first clue here was when half the people appeared to be homeless. My second clue was when everyone shut at 5pm and rolled steel cages down in front of their storefronts.

I had originally planned on staying 4 nights in Alice Springs, and thank God I did not, because I completed (essentially) the city’s sole attraction on day one, which is a hill that is slightly higher than the rest of the city.

I stayed in a hostel here too, one of the best as recommended by tons of internet sites and even Lonely Planet. It calls itself quirky- and that’s true. I slept in a shipping container. 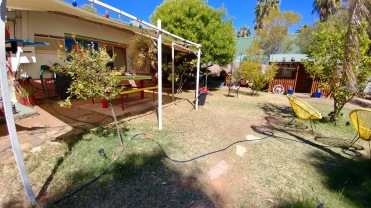 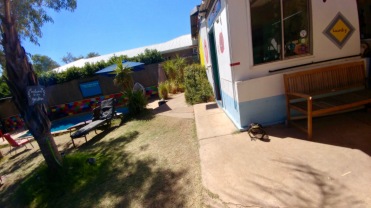 Anyway, Alice Springs is most famous for being known as the final outpost before the Outback, and that’s true. I left early the next morning, eager to finally get into the “bush” and be wowed by the Australian landscape.