This next post is a little different. Rather than heading down to Sderot because it sounded fun, I went there on the recommendation of Harrison, who suggested I go check out the fortified city in order to better understand more about the Israel-Palestine conflict. So off I went.

I’ll admit, it makes a pretty powerful story. There’s only one person who runs the tours down there, a Jewish guy with American parents who runs a non-profit documenting life under constant fire.

He took me around the town to check out all the different bomb shelters, including one at a playground, which the people of the city have painted to look like a giant caterpillar. 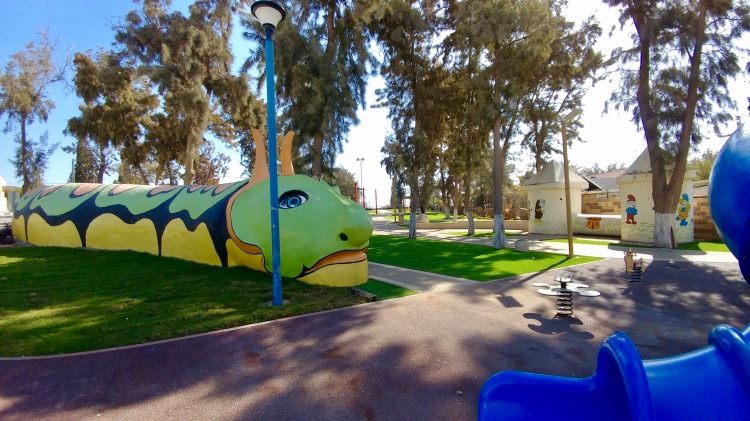 Visually, it is very compelling. And from the perspective of the people who live there, live under fear of constant fire has got to take a pretty severe psychological toll. I hear that. I understand that.

What I didn’t understand was the desire for the people who lived there to…well, live there. Who would voluntarily subject themselves to that? Such was the question I posed to my guide, Noam, on multiple occasions. Essentially, he told me, it came down to finances. Many people from North Africa were settled here in refugee camps in the 50’s and never had the ability to leave. Now, people come because the housing is (understandably) cheap.

It was an enjoyable day, and I appreciated the opportunity to see a bit of the other side. Of course, with any tour, (Palestinian and Israeli alike) you’ve got to take what they say with a grain of salt.

But I particularly enjoyed the lunch we had. Since our tour group consisted of me, and, well, him, we ended up going to a house of a friend of his, who gave us a massive spread for free! Delicious. I also had a look at the border walls separating the Gaza Strip, though wasn’t able to see much of Gaza itself, since “tensions” had forced any viewpoints to be closed for fear of snipers. 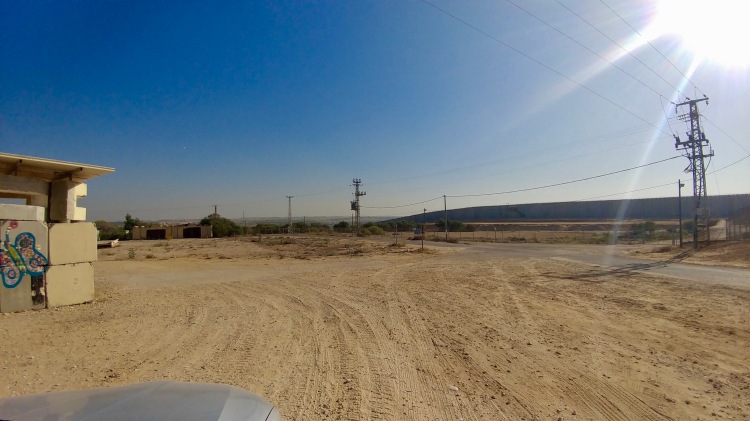 All in all it was a good day. Politically charged? You betcha. But informative and unique and something I’d recommend anyone to visit. Here’s the contact link, if you’re interested.